We have received an extensive personal update from Patricia Medici, winner of the Future For Nature Award of 2008. Including updates from the field, team expansion and they also won a prestigious prize. Enjoy her update below:

Pantanal Capture Expeditions
Since the beginning of the dry season, we have carried out two field/capture expeditions to the Pantanal, Brazil, a first one in June and a second one in August. These expeditions were extremely successful. The core team for these expeditions included myself, my field assistant José, and our veterinarians Ariel Canena and Vinícius Gasparotto. Both expeditions included TSG (IUCN Species Survival Commission’s Tapir Specialist Group) Fellows: a Colombian veterinarian – David Rodriguez – in June, and a Colombian biologist – Angela Alviz – in August. Also, in August, we had a volunteer veterinarian from the Netherlands – Anne-Fleur Brand – who is an expert on wildlife toxicology.

We had a total of 22 capture events, 11 in June and 11 in August. We had tapirs in our box traps almost every day! These included nine new individuals (4 males, 5 females) and 13 recaptures. Three sub-adults, offspring’s of female tapirs we have been monitoring in the long-term, were captured and equipped with expandable GPS collars so that we can monitor their movements before they disperse from their parents’ home ranges. These include: Doinho, son of Rita and Benjamin, Pretinho, son of Karin and William, and Valentina, daughter of Duda and (most probably) Sachin. We have at least two other individuals we would like to equip with expandable collars before the end of the year, we will see if we are lucky during the October and December expeditions! Two collars were retrieved, including Farofo, an adult male captured and radio-collared in August 2017, and Lauro, an adult male captured and collared in December 2017. Both collars were bursting with tons of spatial data for these males. 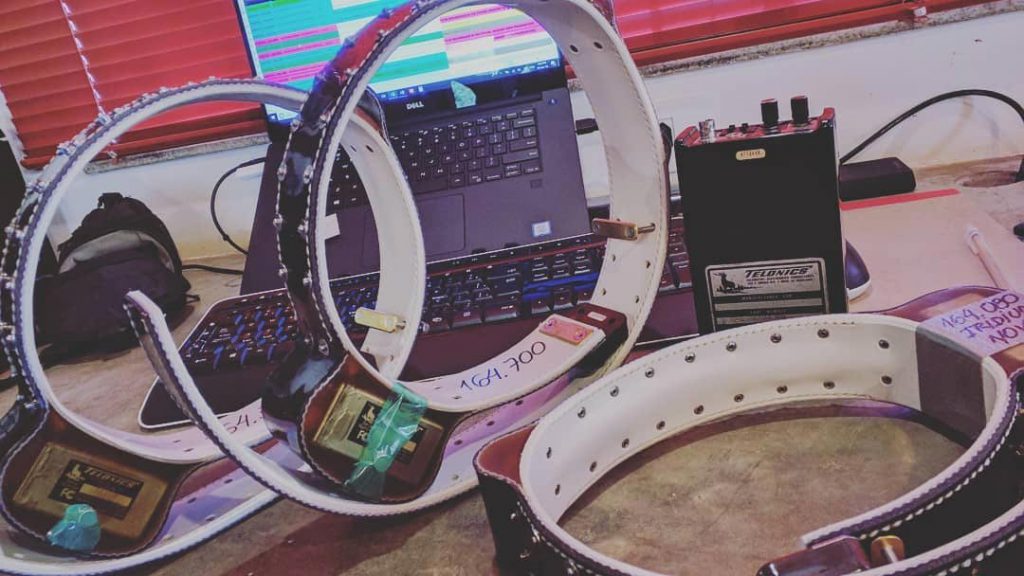 In June, we had one of the most amazing days in the history of the LTCI (Lowland Tapir Conservation Initiative) we had four tapirs captured that night in our box traps, two males and two females, three new individuals and a recapture! We started the first manipulation around 6 a.m. and finished the last one a little bit after 3 p.m. and then spent the night processing samples in the field lab! Super exciting, but also exhausting!

Successful Population Viability Analysis using 50 Camera Traps
Our camera traps in the Pantanal continue to gather insanely precious data on tapir social organisation and reproduction. We have increased our grid to 50 cameras. Every time we change the memory disks and download/process the photos and videos from our camera traps we are astonished by the amount of data coming in. We continue to use this information to compile life table parameters for PVA (Population Viability Analysis) modeling and it is seriously amazing to think that we will be able to build the models 100% based on field data. Wild tapirs! We are currently monitoring over 20 tapir calves throughout the ranch and this will bring our final batch of data for the estimates of life table parameters. This is, by far, THE most exciting part of our work at the moment. We will be running PVA modelling early in 2019.

Tapir Specialist Group Fellowship Program
I would like to share with you a wonderful example of how the TSG Fellowship Program has been benefiting tapir conservation worldwide. Two years ago, we hosted a fellow from Colombia – biologist Juliana Velez – who was interested to get training with us before establishing a long-term lowland tapir conservation program in her country. Juliana came, spent two weeks in the Pantanal with us, and went back to Colombia already planning her next steps. She designed her project, which included tapir captures for the deployment of GPS collars for tapir monitoring, therefore she started searching for a wildlife veterinarian to work with her. That is when she found David Rodriguez, the Colombian veterinarian we trained this year in June. A month ago, we got pictures of Juliana and David together in the field in Colombia, building their first box traps and getting everything ready for their first capture expedition which will take place in February 2019! This is so incredibly awesome to think that the Lowland Tapir Conservation Initiative has contributed to the design and birth of a brand-new project in Colombia. We are so proud of Juliana and David and we will continue to be here for them while they make this happen!

Radio Collaring Tapirs in Cerrado
In the Cerrado, Brazil, we started 2018 with 10 radio-collared tapirs still under monitoring (GPS Iridium collars). Since then, we have recaptured two of them – an adult male, Sílvio, and an adult female, Colombina. They were both successfully darted, their collars retrieved, and biological samples collected for additional health checks. Two other collars – two adult females, Ziggy and Segré– fell off by activation of their pre-programmed drop-off devices. The other six tapirs – five females (Pana, Carabi, Fona Cida, Anna and Sofia) and one male (Zé Maria) – will be recaptured during our Cerrado expeditions in October and November and we will then be finished with data collection on spatial ecology in the Cerrado. In addition, we have concluded our collection of biological samples for the LTCI’s tapir health study in the Cerrado. The data have been analyzed and we will have a publication coming very soon. 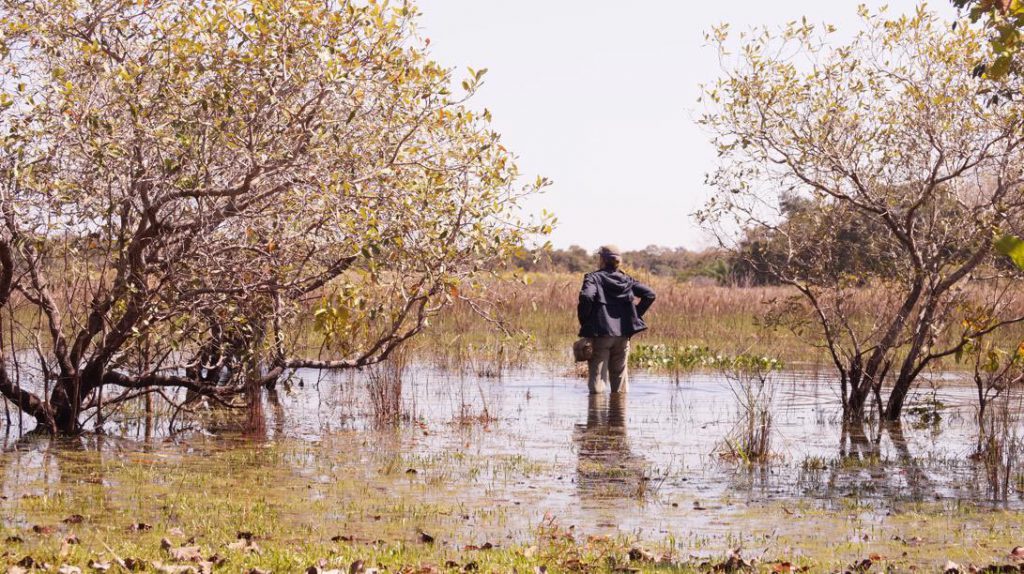 460 Tapir Road-Kills Recorded
Another component of the LTCI work in the Cerrado has been the monitoring tapir road-kill throughout the state of Mato Grosso do Sul, Brazil. Since April 2013, we have recorded 460 tapir carcasses. The highest level of road-kill takes place in a highway that connects the municipalities of Campo Grande and Santa Rita do Pardo (230KM), MS-040. This highway was launched in December 2014 and, since then, it has killed 125 tapirs. In October 2017, we finalized a Road-Kill Mitigation Plan for MS-040 and presented it to all relevant governmental agencies and the ‘State Agency for Law Enforcement and Prosecution of Crimes’ has requested the managers of MS-040 (AGESUL) to come up with an implementation plan. No substantial action was taken until June 2018, therefore the public prosecutor in charge of our case decided to go ahead and file a lawsuit against the state, not only against Agesul but also against Imasul, our environmental agency, for ignoring the wildlife road-kill issue since the beginning of the plans for this highway. The lawsuit was filed in late June and we are now waiting for the deliberations of the judges in charge. Wish us luck.

Impact of Pesticides on Tapirs
We have just finalized a very detailed, extremely comprehensive report presenting the results of our evaluation of the impact of pesticides on tapirs in the Cerrado. The results are scary, to say the least. I apologize but the report is in Portuguese, but if interested you can find it here. We are now getting ready to distribute the report as widely as possible and defining our course of action to deal with this issue. In a few days, in early October, we will have a first meeting with the ‘State Agency for Law Enforcement and Prosecution of Crimes’ to discuss the possibility of establishing a ‘Civil Inquiry’ to call for action as we did for road-kill. In addition, also in early October, we will present our results during a very timely symposium on the impact of pesticides in the State of Mato Grosso do Sul. All the relevant stakeholders for this issue will be present and we hope to impress (and scare!) the hell out of them. Right before the event, we will send out a press release to the local and national media. We are hoping to get some press attention before the symposium. In November, we will go through the villages within our study area in the Cerrado presenting the results and getting the surrounding communities involved. People need to know that tapirs are at risk, but we are at risk as well. By the end of November, we will evaluate where we will be after all this and define our course of action for 2019. In the meantime, we are also working on a scientific publication for a peer reviewed journal.

National Action Planning Process for Lowland Tapirs
A very exciting piece of news is that our federal environmental agency (ICMBIO – Instituto Chico Mendes de Conservação da Biodiversidade) will be running a National Action Planning process for lowland tapirs! We finalized the assessment for the update of the National Red List a couple of months ago and our results will substantiate an action planning workshop to be held in November. Our key stakeholders will get together to develop objectives, goals and actions for the conservation of tapirs in Brazil. For several years, we have been waiting for this process to become official and it is finally happening. This will be a huge step towards the conservation of tapirs in Brazil and we have so much data and information to contribute to this process! 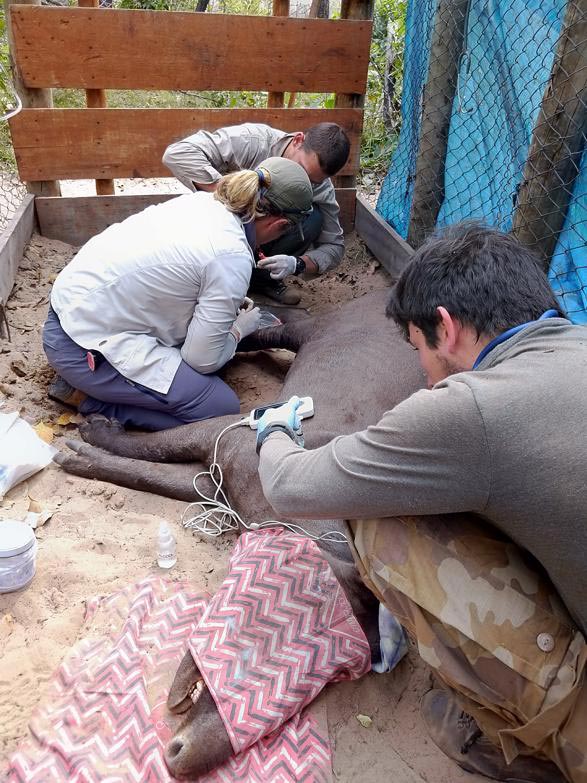 Expansion of Team with Communication Expert
Also, I am so insanely happy to let you all know that we have just hired a full-time communication expert! This has been a dream of mine for several years and it is now coming true thanks to the amazing support from the Houston Zoo! Rodrigo Motta is our new staff member, our communication expert! Rodrigo is Brazilian, and he graduated in Social Communication – Marketing and Advertising in 2010 from the Dom Bosco Catholic University in Campo Grande, Mato Grosso do Sul. While still a child, Rodrigo fell in love with the internet and its incredible power to connect people, ideas, and information. Later, he chose the Internet and its networks as his profession, to which he has dedicated the past eight years of his life. Rodrigo’s experience with the creation of online content, management of social networks and digital marketing strategic planning is the product of his work with large local and national brands, companies and projects. Furthermore, he was a member of the communication teams of the two largest cultural festivals in Mato Grosso do Sul State in Brazil, from 2015 to 2018, working with digital coverage. Rodrigo’s experience will be a major asset for the process of spreading the word about the tapir conservation cause in Brazil. I am so, incredibly happy!

AZA’s William G. Conway International Conservation Significant Achievement Award
Last but (most definitely!) not least, I want to tell all of you that the Lowland Tapir Conservation Initiative (LTCI-IPÊ) has just received the AZA’s William G. Conway International Conservation Significant Achievement Award for our tapir conservation efforts in Brazil! The Houston Zoo nominated the project and we had the most amazing supporting letters from Columbus Zoo, Walt Disney World Resorts (DWCF), Nashville Zoo, and Jacksonville Zoo, as well as the AZA and EAZA Tapir TAGs! The award was announced on the 26th of September during the AZA Annual Conference in Seattle, USA. I could not be happier, I could not be more grateful. Super special thanks to Lee Ehmke, Renee Bumpus and Peter Riger from the Houston Zoo! As I always say, I do not think I will ever be able to articulate how grateful I am for the continuous, incredible support I receive from all the LTCI partners from around the world! THANK YOU, THANK YOU, THANK YOU! 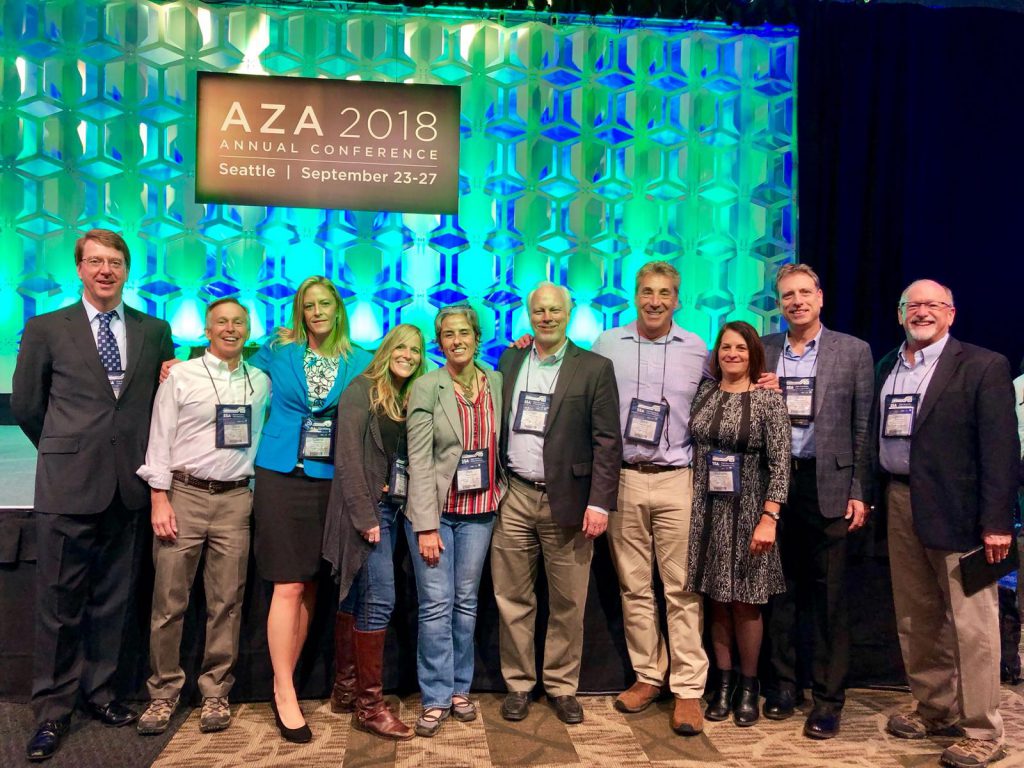