A Tapir in Your Backyard

FFN Winner 2008 Patrícia Medici has been working to protect the tapir in South America for more than 25 years. She works with tapirs in the forests of Brazil, but has recently moved her attention to include a more human populated area.

Tapirs and the City

Sightings of tapirs in the densely populated city Campo Grande in Brazil came as a surprise to Patrícia and her team at the Lowland Tapir Conservation Initiative (LTCI), since the animals normally reside in tropical rainforests and wetlands. The sightings sparked an interest in how these magnificent animals are able to survive in urban environments surrounded by people and which threats they might face. In order to understand this phenomenon, LTCI introduced a new project: Tapirs and the City. 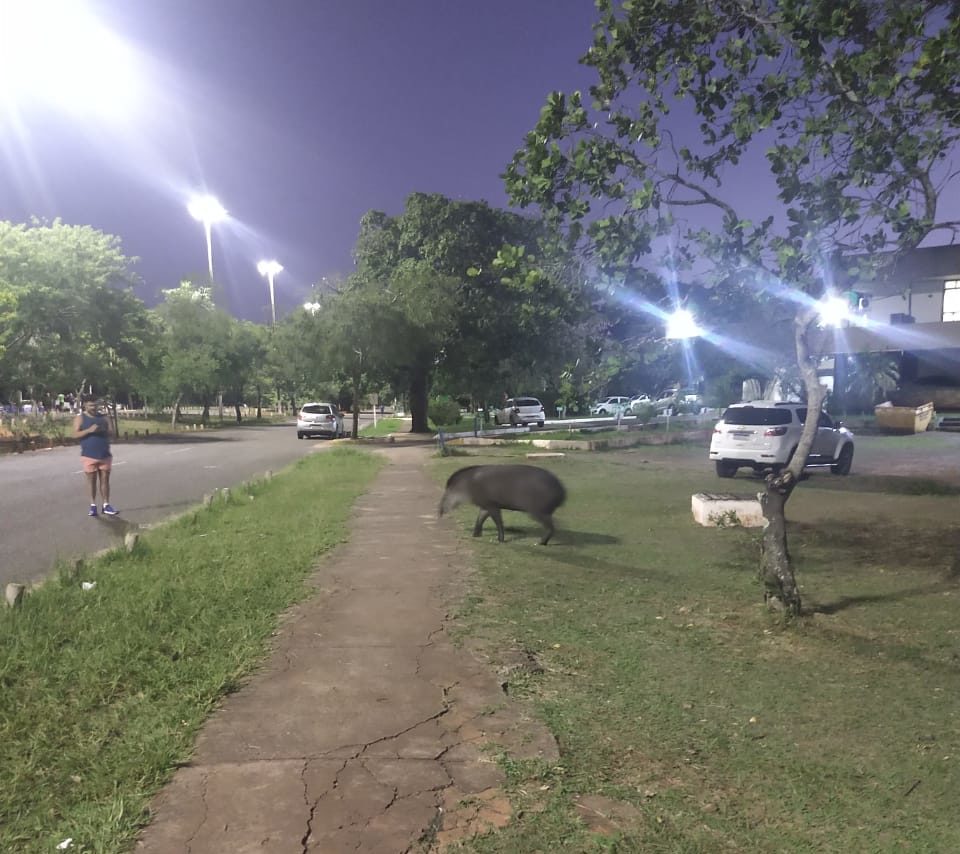 Getting the Residents Involved

To compile all information needed on these peculiar tapir sightings, LTCI launched a social media campaign encouraging the residents to report any tapir seen wandering about in the area. This not only helps gain insight into where the animals are specifically, but also gets the public involved and interested in tapir conservation. This campaign was a huge success among locals. As of now, 120 sightings have been recorded throughout the city. In addition, a WhatsApp group, including 30 participants and counting, has been created as a platform to gather information about sightings and to spread the word about the project in the neighbourhood.

Patrícia and her team have mapped out all these sightings throughout the urban landscape and selected the main hotspots. They are now working on getting the governmental licenses required to start capturing the tapirs for the installation of GPS collars and collection of biological samples for health and genetic studies. The main goals are gaining knowledge on how tapirs are able to live in urban areas as well as getting the attention of the population about tapir conservation through communication, citizen science and environmental education.