The nominees of the 2022 Future For Nature Award have been selected by our National Selection Committee. We proudly introduce the nine nominees and their vital conservation work: 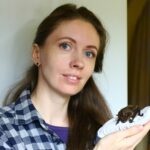 When Alona Prylutska noticed bats were the least studied animals in Ukraine, she decided to take action. Together with a team, Alona focused on gaining data on this flying mammal by doing field work where they threaded through forests to survey caves and mines. They made the interesting discovery that bats are migrating to the cities due to climate change, where they face many threats caused by humans. Alona started out her conservation journey by creating her own rehabilitation centre for bats inside her refrigerator, as there were none at that time in Ukraine. With the help of local businesses, she founded the first and only bat rehabilitation centre in her country. With her team Alona has managed to rescue 3000 bats last winter alone. By also raising public awareness, Alona continues to inspire others to stand up and act on behalf of bats as well.

Should Alona win the 2022 FFN Award, she would use the award funds to help set up bat rehabilitation centres in Ukraine’s five biggest cities. In addition, she would continue to spread awareness on the importance of bat conservation by organising bat events for the public. Finally, she wishes to set up a campaign targeting building companies to implement bat-boxes for bats to safely roost in. This way people can continue to build and renovate, but not hurt and disturb the bats in the process. 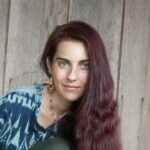 Camille Coudrat has a very ambitious life’s purpose: she is devoted to protecting the biodiversity of the Annamite Mountains in Laos. It is a place rich with wildlife, but immensely unprotected. The Annamite Mountains are home to many endemic species, such as the red-shanked douc and the large antlered muntjac. To tackle the challenges, Camille founded Association Anoulak in 2013, which is dedicated to biodiversity in the Nakai-Nam Theun National Park in the Annamite Mountains. Through this association, Camille has developed, managed and implemented several programmes, such as anti-poach patrols, conservation education and research. Additionally, she has created an alternative livelihoods programme which supports locals in earning income that does not rely on natural resources and poaching. This programme is highly important due to population growth and the imminent threat of over-hunting.

If Camille were to win the 2022 FFN Award, she intends to invest in expanding her conservation efforts to parts of the Annamite Mountains where there are currently no conservation interventions. Futhermore, she would carry out law enforcement and priority-species conservation plans as well as monitoring programmes in more areas. 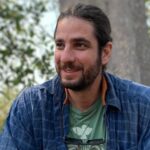 Gabriel Fávero Massocato has been climbing up the conservation ladder quite a bit. From starting out as a volunteer ten years ago, to becoming executive director at the Wild Animal Conservation Institute (ICAS), the NGO he co-founded in Brasil. When he first started, he knew nothing about the giant armadillo, just like many other people. However, it seems this mysterious creature is slowly disappearing due to habitat loss and fragmentation without anyone noticing. By conducting long-term research, training other aspiring conservationists and managing wildfires in the Pantanal area, Gabriel is working hard to save the giant armadillo from vanishing all together. He aims to preserve viable populations of this scaly mammal in each of the biomes where they naturally occur and where they can be appreciated and valued by local communities.

Should Gabriel win the 2022 FFN Award, he would start a new initiative called Giant Armadillo Conservation Units. These units provide safe spaces for the giant armadillo’s where they can be monitored by Gabriel and his staff. He will be working with local stakeholders and the government to advocate for habitat conservation and link fragmented habitats to ensure long term population viability, and visit schools to promote the giant armadillo and let it be celebrated. 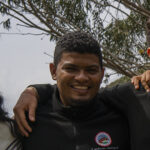 While working towards his biodiversity master’s degree, José Luis Pérez González is already putting his knowledge to work. José is the co-founder of the Atelopus Foundation, an organisation committed to developing and monitoring conservation programmes for amphibians in the Sierra Nevada de Santa Marta region in Colombia. This is the only place still holding stable populations of harlequin toads, despite being the most threatened amphibians in the world due to chytrid fungus, climate change and habitat loss. The reason why the tiny frogs are thriving there remains unknown, but could be key to their survival elsewhere. José’s long-term objective is to ensure the conservation of two critically endangered endemic species of harlequin toads in the region: the starry night harlequin toad and the Sierra Nevada harlequin toad. By gathering important data on the species and their habitat, conducting population monitoring and setting up community conservation strategies, José and his team at Atelopus have managed to gain important insight and information into the species that can help them survive.

If José wins the 2022 FFN Award, he hopes to ensure the long-term survival of the critically endangered species of harlequin toads in the Sierra Nevada de Santa Marta region. Currently only 25% of this mountainous area is declared a national park and humans are threatening its biodiversity. Through their project, José and his colleagues will focus on conserving these habitats through education, improving land management strategies, and promoting collaboration between government entities. 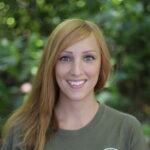 When Rebecca Cliffe started working with sloths, very little was known about these slow animals. However, sloths were the most frequent species admitted to rescue centres in South and Central America. Rebecca made it her mission to better understand and support these unique animals. Through crowdfunding, she managed to conduct a long-term study and developed the first protocol for rehabilitating orphan sloths back into the wild, and in 2017 Rebecca founded the Sloth Conservation Foundation. She focuses on creating sustainable models for human-wildlife coexistence, as humans pose the biggest threat to the existence of the six species of sloths living in Costa Rica. The Sloth Conservation Foundation has already accomplished some amazing feats since its establishment, such as the reforesting areas, installing wildlife bridges and  setting up education programmes and campaigns against sloth exploitation.

Should Rebecca win the 2022 FFN Award, she aims to create Wildlife Safe Zones to facilitate peaceful human-sloth coexistence with benefits to both. In these zones, properties will be connected by wildlife bridges to reduce dangerous encounters and children will receive education on wildlife conservation. In addition,  she would continue her sloth studies, as crucial knowledge about the wild populations are still unknown. To tackle this, Rebecca plans to train the first ever ‘scat detection dog’ to help her track down, study and ultimately protect these slow mammals in the dense Costa Rican forests. 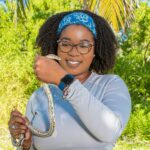 Shanna Challenger started her conservation journey by working on a biodiversity project focused on helping the endemic species of the small island of Redonda in Antigua and Barbuda to flourish, by removing the invasive species present there. Redonda was identified as the Caribbean’s top priority concerning environmental restoration and Shanna played a key role in the positive outcome. Within two years after the invasive species removal, various lizard populations increased and birds and invertebrates that had not been seen in decades returned to the island. Redonda is now used as a conservation success story and model for other Caribbean islands. Today Shanna focuses her attention on saving the critically endangered Antiguan racer, a harmless snake that almost went extinct 25 years ago.

If Shanna were to win the 2022 FFN Award, she would use the funds to create a local conservation movement in Antigua and Barbuda, since most of the researchers, which are not many, come from abroad. A Wildlife Warrior Programme will empower volunteers of all ages to gain conservation knowledge and make a difference for nature. Additionally, winning the FFN would mean a huge step towards the recovery of the Antiguan racer as Shanna would be able to do a population census and develop the Antiguan Racer Action Plan. 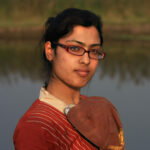 Tiasa Adhya has dedicated herself to protecting the fishing cat in India for over a decade. She is the co-founder of the Fishing Cat Project in India, which is it is the longest running programme studying these interesting felids. Tiasa and her team were able to successfully involve the government, locals and the media in fishing cat conservation programmes. These involvements led to strong law implementations in favour of protecting the cat including the arrests of poachers. She also started a patrolling and monitoring programme to research threats and collect ecological data that is vital to the species survival. Fishing cats have a close association with the Indian wetlands, they rely on them for nutrients and water, and the same goes for the human population in that area. Species that are dependent on wetlands symbolise what will to happen to people if these species and their habitat are not protected.

If Tiasa wins the 2022 FFN Award, most of the funding will be appointed to creating alliances with locals, research institutions, and enforcement agencies to ensure a safe environment for the felines, free of human-wildlife conflict as well as continuing researching the fishing cat. The focus will also be on creating education programmes for children and students in the area, reducing fear and creating awareness. 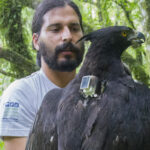 Tomás Rivas Fuenzalida is committed to studying and conserving one of the rarest raptors in southern South America, the Rufous-tailed hawk. He has found the first nest in Chile in 60 years, and many more after. The main threats to the Rufous-tailed hawk and their nests are human persecution and habitat loss. To combat these, Tomás founded the Ñankulafkén Foundation, with the aim to set up long-term and large scale conservation efforts towards rufous-tailed hawks. More recently, Tomás also included the the black-and-chestnut eagle in his plans, which faces the same threats as its hawk cousins. Tomás proposes using agroecology techniques focused on protecting poultry from the attacks of raptors, reducing the conflict with humans and contributing to both of the raptor species’ conservation.

Should Tomás win the 2022 FFN Award, he will use the funds to further replicate his successful agroecological techniques further in South America, implementing them in Chile, Argentina and Peru. Tomás and his team will travel to locations with human-raptor conflicts, to help and instruct locals on how to use the techniques. These sites can then serve as an example to train others to implementing them in more places, thereby expanding the project even further. 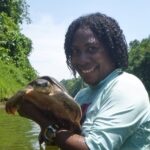 Not only is Yolarnie Amepou the only Papua New Guinean working on the conservation of freshwater turtles, she is the only person in Papua New Guinea to focus her conservation efforts on the pig-nosed turtle. This species population has declined 50 percent in the last 30 years due to local harvesting, sparking Yolarnie’s interest in protecting them. The key to the survival of these turtles are the indigenous villagers living alongside the turtles’ river habitat, therefore creating community engagement is crucial. However, this is not an easy task. Along the Kikori river alone, ten tribes speak ten different languages. Since 2013, Yolarnie has led a project to realise community engagement for six tribes and their 23 villages along the river. She uses the pig-nosed turtle as a flagship species, facilitating environment education and awareness as well as encouraging environment action by communities.

If Yolarnie wins the 2022 FFN Award, she would put the funds towards a Youth Ranger Programme. Empowering and enabling young students to build their futures has shown to have a big impact on both turtle conservation and student confidence. Additionally, Yolarnie would showcase how community-led conservation projects can lead to positive conservation action in Papua New Guinea. By realising the problem and seeing the value of their contribution, local communities can be inspired to be a part of the solution.