Conservation often starts by raising awareness. It starts with people using their voice to advocate their beliefs and imploring others to make a change. It starts by simply spreading the word. The larger the audience, the better. This is why we are thrilled to hear that Chinese film star Liu Haoran has become the new ambassador for elephant conservation. For a new film, titled “Never been so close to you”, he spent five days in Samburu to make a mini-documentary about elephant conservation and the impact of buying ivory. As China is still one of the biggest buyers of illegally poached ivory it is great to see awareness being raised from inside the country. As said by Liu himself; “If we don’t integrate ourselves into the local life and gain a more personal experience of the work involved in protecting these elephants, then we may have no way of uncovering the dark and dangerous realities underneath.”

Escalation of the ivory trade is slowly driving this breathtaking species to extinction, but there is always a reason for hope. The expedition was organised by Tiffany & Co, leading supporter of the Elephant Crisis Fund, which we know from their collaboration with #knotonmyplanet, the campaign started by Saba Douglas-Hamilton and Guest of Honour 2018 Doutzen Kroes. Then there are of course our very own Future For Nature wildlife warriors like Trang Nguyen (2018), Dr. Lucy King and Ofir Drori (2011), who tirelessly fight wildlife crime and contribute to a safe environment for the magnificent elephant.

It is a most wonderful thing to see so many people, organisations and companies tackle a problem from different perspectives and we could not be more grateful for the awareness they create, with Liu Haoran’s expedition and documentary as the latest, much needed input to sway people to take action against ivory trade. 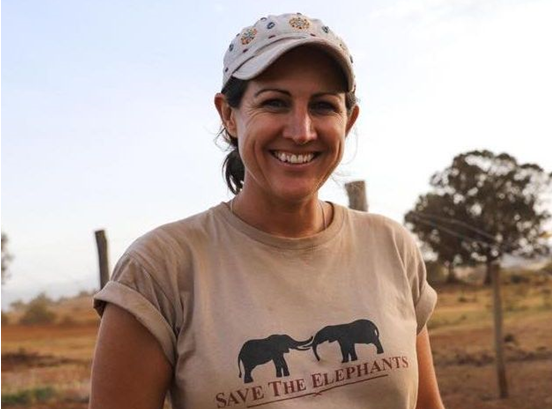