Gentle Giants of the Past Could Help the Future

One of the beautiful aspects of the natural world is how everything is connected. Earth’s ecosystems rely on a natural balance between plants, animals, and all other living and non-living things. Alberto Campos (award winner 2010) is determined to preserve the living building blocks of natural habitats and protect the many unique animal species on this planet. For many years, he has been studying manatees along the coast of Brazil and working hard to effectively conserve them.

Recently, Alberto and his colleagues published a scientific article on how animals can influence ecosystems and what we can learn from past extinctions to better preserve living species. The study focused on the important role of the Steller’s sea cow in kelp forests, and the North Pacific Coast in general. 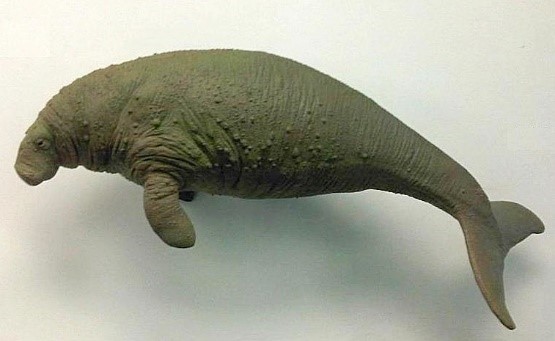 “We live on a planet denuded of its megafauna. In both marine and terrestrial communities we are left with simplified ecosystems and food webs where the ‘ecological ghosts’ of formerly influential megafauna are absent.”

The Steller’s sea cow is a large, kelp-eating marine mammal that once lived in the coastal waters ranging from Japan to California. The 5000 kg and 7 meter long mammals roamed and fed on the expansive kelp forest of the North Pacific for thousands of years. Until they were hunted to extinction in the late 18th century.

To determine how the Steller’s sea cows affected the ecosystem, the researchers used historic data for example from ships’ logs and naturalists’ notes, fossil records and information on similar, living species such as the dugong. 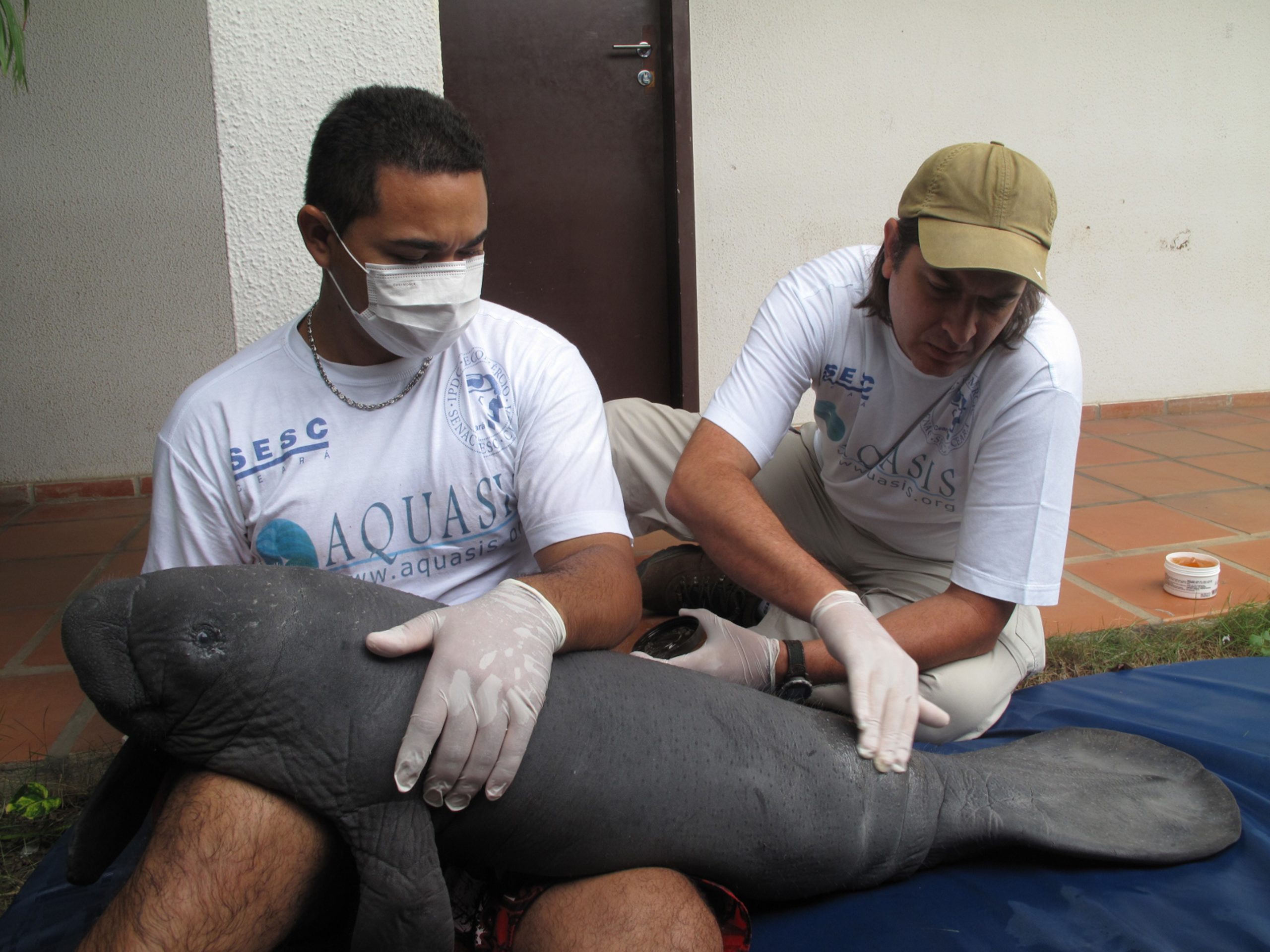 Alberto (right) and his colleague rehabilitating a young dugong.

In short, Alberto and his colleagues show that this unique marine mammal influenced kelp forest dynamics in multiple ways. One of which is that Stellar’s sea cows affected the relationship between predators and their prey, for example between sea otters and sea urchins. As sea cows roughly forage on kelp, many kelp pieces will float adrift and become food for urchins. In areas with lots of sea cows and thereby this ‘drift kelp’, urchins have plenty to eats and do not have to come out of their shelter where they would be vulnerable to sea otter predation. Most importantly, grazing on kelp fronds would allow greater light availability, increasing bottom algae diversity and phytoplankton availability, boosting the food chain and resulting in overall more diverse and productive coastal ecosystems.

Understanding the ecological role of extinct animals is essential for present-day conservation of endangered fauna, as it shows us what happens if these species would go extinct. Information on how a species affects its environment will not only show the world how vital species conservation and maintaining a balance within nature is, but will also help set historic ecological baselines and inform future restoration efforts.