Important Discoveries for the Blue-throated Macaw!

Vital discoveries about the behaviour and ecology of the Bolivian endemic and Critically Endangered Blue-throated Macaw have been made by Armonía’s latest expedition in Bolivia. Tjalle Boorsma (Award winner 2020) organised and lead this expedition, covering a total of 566 km on horseback, surveying an area of 307 km2! A total of three unknown breeding sites and 10 Blue-throated Macaw nests were discovered in the northwestern subpopulation.

What Makes this Expedition so Unique?

Between 93 and 104 individuals were observed at 14 out of 26 ranches visited. In total Armonía found 10 nests: 9 nests were found in Moriche palms and 1 nest in a Motacú. By finding the macaws breeding in Moriche palm, they confirmed an important hypothesis. The Blue-throated Macaw local migration from the most import dry season congregation site In the Barba Azul Nature Reserve, is related to Moriche palm. Barba Azul’s habitat consists of several types of palms, but no Moriche. The latest findings confirm that mixed Motacú/ Moriche forest is key to the Macaws’ migration.

In 2017, 10 Blue-throated Macaws were sighted in a location 40 km north of the previously accepted range limits. In 2020 there were 56 birds sighted in that same location.

During this expedition, the question was raised whether the field techniques are successfully finding all nests passed. Armonía paid special attention to dead Moriche palm snags during their search. If a Blue-throated Macaw was found on a dead snag, the location would be observed, noted and revisited the following day. If there were Macaw’s present on the second day, the snag was confirmed to be a nest. However, one of the cowboys guiding the research teams knocked on a post (were no Macaw’s were seen) and a Macaw did come out. This raised the question of how many nests have possibly been overlooked.

Another question was raised due to a never before seen feather pattern. It was noticed that adult breeding pairs have small yellow cheek feathers. This raised the question whether these feathers could indicate breeding and whether they might be present in other subpopulation, but have been overlooked before. 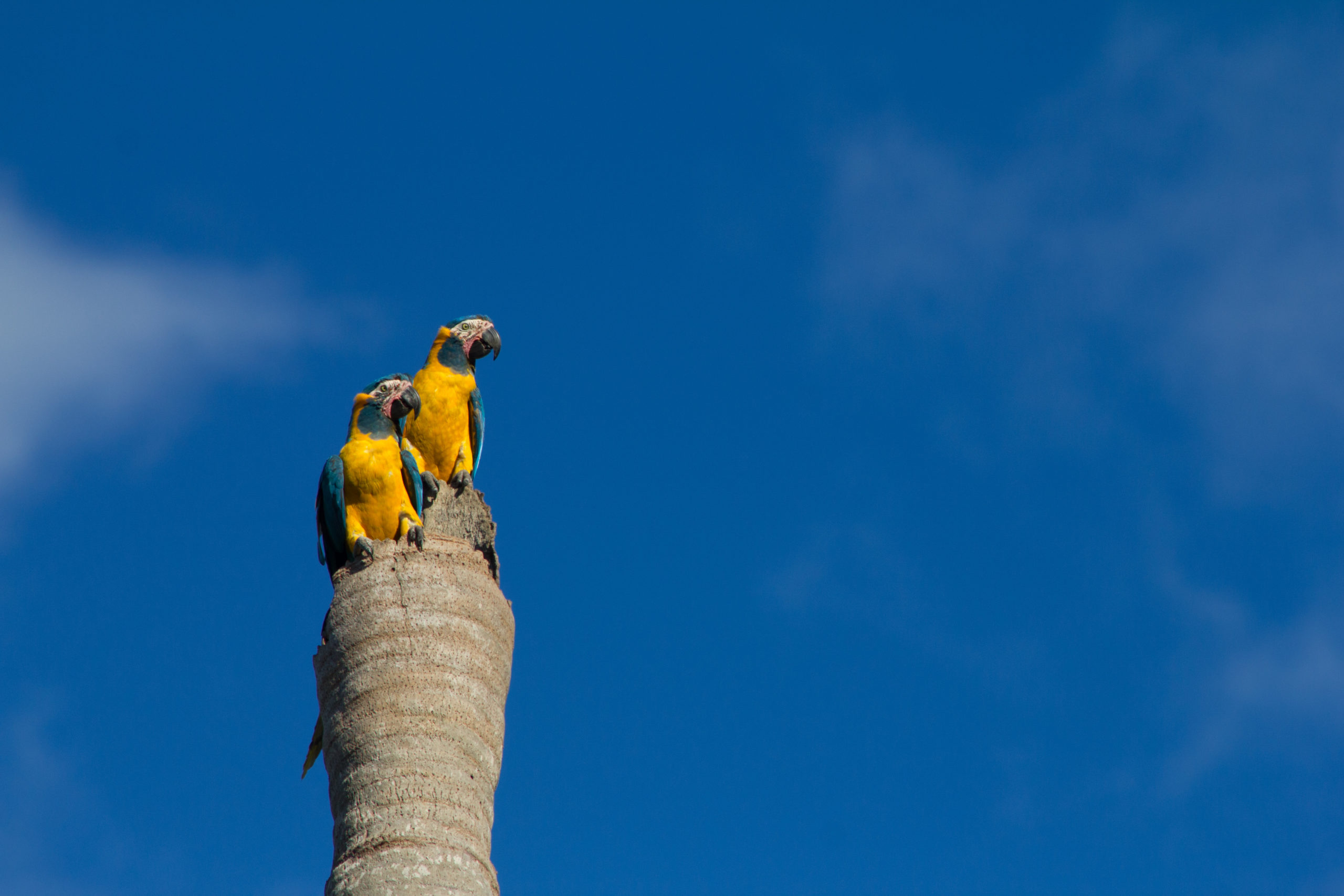 14 ranches have been confirmed to have Blue-throated Macaws present during the rainy season, of which 11 ranches with nests. Armonía will focus on building relationships, educational programmes, and coordination of activities at these 14 ranches. The implementation of best-practices ranching is key. Tjalle will help ranchers to implement sustainable management actions to increase productivity while protecting habitat.  This will be made possible with the funding of Future For Nature.

Armonía has made amazing discoveries which give much hope for the future of the Blue-throated Macaw.