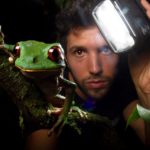 Alejandro Arteaga has dedicated his life to find and save the harlequin toad in Ecuador. In the last ten years, he has organized and often personally led expeditions that would rediscover six of the twelve species of harlequin toads that were presumed extinct. This would gain them formal species recognition. Without this recognition, the vertebrates cannot be targeted for specific conservation actions and would remain very vulnerable for extinction. However, thirteen species remain unfound and presumed extinct. He is also the co-founder of Tropical Herping, an initiative striving to preserve tropical reptiles and amphibians through tourism, photography, research and education.

Should Alejandro win the FFN Award, he plans to fund a rescue mission to find the thirteen remaining species of harlequin toad species in Ecuador. Since these are on the brink of extinction, finding and assigning specific conservation categories to them is a race against the clock. The FFN Award will fund a series of six bold expeditions to the most remote habitats in order to find individuals to establish backup colonies in a conservation breeding centre. 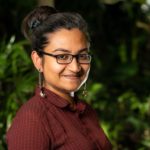 Alifa Haque has started a project in Bangladesh which emphasizes local pioneer-ship by adopting creative and sustainable approaches to conserving the most imperilled fauna. Her platform has made formidable progress. Since 2018, ten trained locals have been collecting catch and trade data relating to more than 77 species of sharks and rays. They have discovered critically endangered species, including fifteen new sharks and rays reported for the first time in three years. Her most important discovery is the presence of a possibly viable population of the critically endangered largetooth sawfish.

Winning the FFN Award will help Alifa to scale up her project to introduce a locally pioneered program in piloting the live release program. With the funding and exposure brought by this award, her initiatives will gain a much-needed momentum which will catalyse the across-the-board protection of not just the last remaining sawfishes in Bangladesh, but the world too. 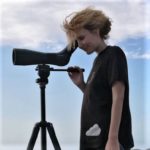 A long time ago, vultures were a common occurrence in Albania. These days, out of four species of European vultures that were breeding there, only the Egyptian vulture remains. Besjana Sevo has devoted her time to try and save this endangered flagship bird and their breeding area. The Egyptian vulture is known worldwide for its “cleaning” values such as feeding on carcasses and its major ecological values for nature, ecosystems and communities. Only six breeding pairs are recorded in Albania, where they only have a third of the territory compared to fifteen years ago.

Should Besjana win the FFN Award, she would focus her conservation efforts on three pillars: scientific research, concrete conservation actions and public awareness. She would carry out these efforts by doing a detailed study on why the Egyptian vulture population is declining, install GPS-trackers in order to gain valuable data about their behaviour and movement and she plans to launch a public awareness campaign for this symbolic bird. 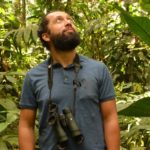 Felipe Alfonso-Cortes knows how time is running out for the protection of ecosystems, if effective conservation actions are not realised. Therefore, in 2012, he co-founded Proyecto Washu in Ecuador. This is an initiative focused on the conservation of one of the 25 most endangered primates in the world; the brown-headed spider monkey. His organization integrates research and biodiversity conservation within a participatory approach that directly involves local communities. He has developed the Sustainable Matrix Model, where he integrates concepts of sustainable development, land sharing and ecological agriculture, improving the lives of locals as well as restoring biodiversity.

Should Felipe win the FFN Award, he plans to expand the reach of the Sustainable Matrix Model with more communities. This will result in a self-sustaining area of conservation by the local farmers directly helping to protect the brown-headed spider monkey and the surrounding biodiversity. 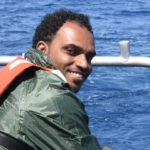 Herculano Dinis is working hard to preserve flora and fauna in Cape Verde and West Africa. In 2009, he co-founded the Projecto Vitó Association, which is currently one of the largest environmental NGOs in Cape Verde. The organisation has worked to conserve more than 50 endemic plant species, nine sea bird species, sea turtles and has developed conservation work with six species of land reptiles endemic to Cape Verde. Furthermore, Herculano helped mobilize major partners to invest resources in biodiversity conservation in the southern part of Cape Verde where, until recently, few biodiversity conservation initiatives were located. 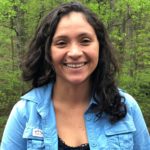 Nature and species conservation have been the cornerstone of Karolina Araya Sandoval’s life ever since she was young. She began to volunteer for a research group that conducts the annual Chilean woodstar census in Chile in 2013, where she was captivated by this tiny hummingbird. She witnessed the steady decrease of the population and decided to take action. She founded the NGO Picaflor de Arica, aimed at protecting the species. Karolina has managed to bring together a committed team of local experts focused on saving Chile’s most threatened hummingbird species. In 2019, they found a population of 400 Chilean woodstars at an undiscovered and still unprotected breeding site.

Should Karolina win the FFN Award, she would purchase the breeding site and create a private protected area. Creating a reserve would allow her and her team to have direct control in protecting the species from threats such as encroachment, wildfires, and deforestation. 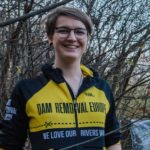 Karolina Gurjazkaitė initiated, led, and oversaw the first dam removal project in Lithuania. The aim of the project was to restore habitat connectivity for ecologically important migratory fish. There was a special focus on restoring migration and spawning grounds for brown trout, but many more species benefitted from this removal. As a result, around three kilometres of trout spawning grounds have been restored. She is advocating for a more systematic approach towards removing old and obsolete dams and other barriers to benefit migratory fish and for dam removals to be included in the Water Law.

Receiving the FFN award would give Karolina the opportunity to continue working on river restoration projects and promoting dam removal practices in Lithuania. This way, Karolina can restore migratory routes and habitats for many ecologically, economically, recreationally and culturally important migratory fish species including brown trout and Atlantic salmon. 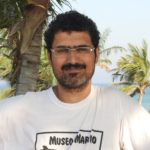 For a decade, Mohsen Rezaie-Atagholipour has made an effort to safeguard marine reptiles along the Iranian waters. When he realised that Iran was one of the top global shark and ray fishing nations, Mohsen started a mission to turn the tide. He founded the Qeshm Environmental Conservation Institute, an NGO working on scientific solutions, raising public awareness, and taking direct actions for the conservation of marine wildlife in the Gulf. He started the first shark and ray conservation project in Iran. Findings from his research show that rays need urgent attention along Iranian waters, as their numbers decline rapidly.

Winning the FFN Award would help Mohsen to drastically reduce bycatch mortality in the long run. In order to realise this, he is going to implement bycatch excluder devices and he will conduct a safe-release training program for fishers. All to reduce bycatch and help protect not only rays, but other vulnerable species as well. 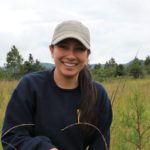 In 2009, Monica Torres rediscovered the critically endangered Abronia campbelli lizard. This species was considered to be practically extinct due to habitat loss. She leads Project Abronia, where she combines research, habitat conservation, a captive breeding programme,  and landowner and community education project to protect this iconic lizard and its habitat.. Since then, she has concentrated her work on conducting research projects on habitat characterization, ethology, population size, reproduction, home range, habitat utilization and distribution. She has recently discovered two new distribution zones for the species to live and breed.

Winning the FFN Award would be the key for Monica to raise her program to the next level. She would do so by focusing on more discovered habitats that will help protect the Abronia campbelli lizard and the surrounding biodiversity, which is vital for local communities. 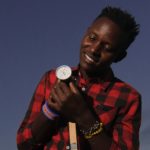 Richard Turere comes from the Maasai community, where human-wildlife conflicts occur frequently. These conflicts threaten biodiversity conservation and can lead to local extinction of species. To combat this, he invented Lionlights, flashing lights set up around a perimeter facing outwards which scare away lions and other predators. The lights prevent them from attacking the Maasai’s livestock and save these predators from retaliation in return. So far, Richard has equipped over 850 farms with his Lionlights and is now working with several organisations in other countries to expand his reach.

Should Richard win the FFN Award, he will be able to expand his project around the globe and prevent more human-wildlife conflicts. He would also raise more awareness among African communities and educating his fellow community members on the conservation of lions and other predators. Moreover, he would educate a young generation of wildlife warriors, by creating a bootcamp to support and encourage young conservationists.