After winning the Future For Nature Award in 2010 Els van Lavieren fell in love with the pure and untouched nature of Suriname. Here she started working as the Wildlife Manager at Conservation International (CI). Els is currently working on a reintroduction project with spider monkeys in Suriname.

Since the start of February the Spider Monkeys have been moved to a new enclosure, surrounded by the beautiful forest of Suriname. The spider monkeys are introduced to all the colours, senses, sounds and food that the forest has to offer. It is very important to create a strong and coherent family for the spider monkeys before they are released. They can only survive if they are part of the group, and therefore the monkeys are observed on a daily base. 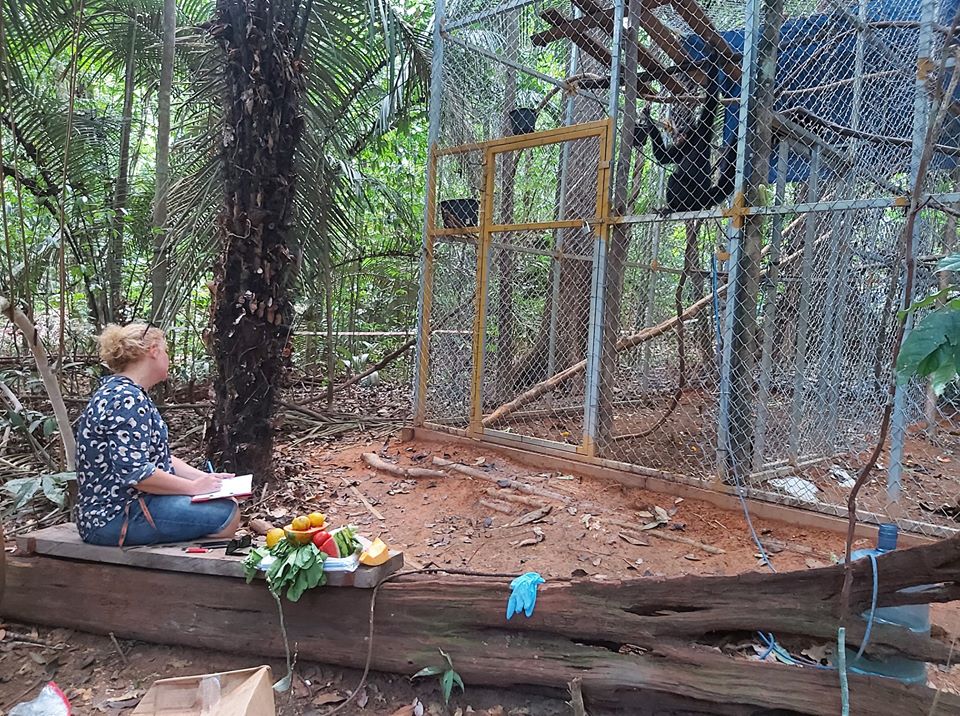 Observations are performed by special observation forms called ethograms. These are used to provide a method to observe behaviour in an objective way. For example: who is interacting with who and to try to determine who is the alpha leader.

Els is the primatologist of the project and observes the behaviour of the spider monkeys. She observes one monkey for a certain amount of time and writes down everything she sees. The reason they are observing the behaviour on a daily base is because every day is different. 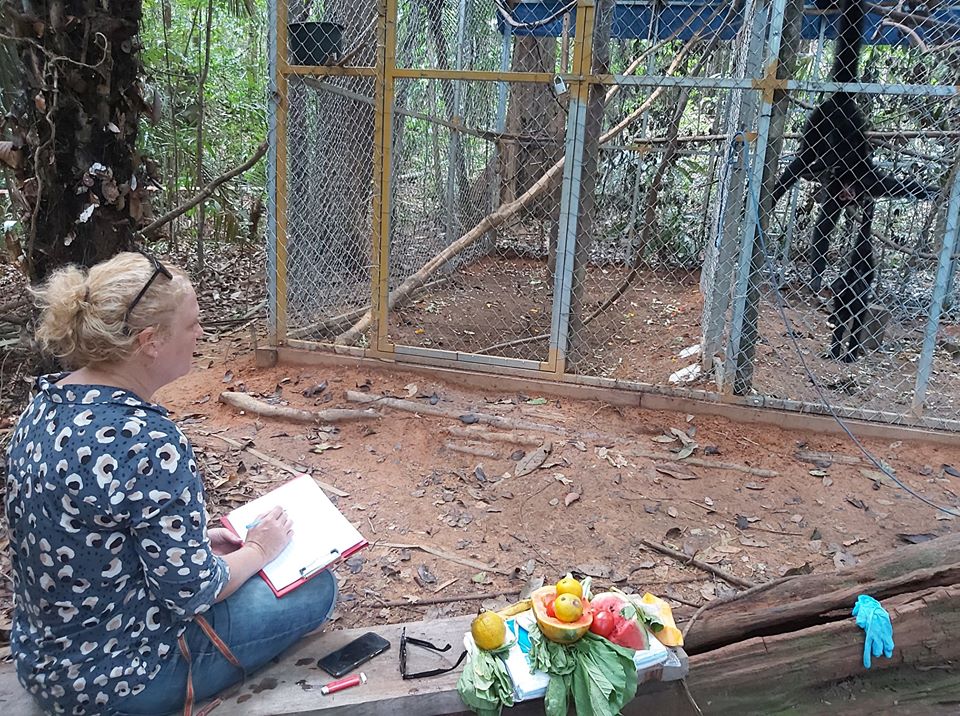 The Spidermonkey Reintroduction Project Suriname is a pilot study where illegally held pets are rehabilitated and reintroduced into the wild. There is no rescue centre available in the area, so this would be a direct link. If this pilot project is successful, they aim to confiscate more illegal pets to reintroduce them to the Suriname forest.

Els is doing an amazing job and we cannot wait to receive an update when the spider monkeys are released into the wild.