Spider monkeys back to freedom in the canopy

The project started with a group of five former spider monkeys, which were born in the wild but have been kept as pets since they were little. To prepare them for life in the wild, they first need to go through an adaptation period. During this time the team did predator sensitisation, so monkeys would know to flee from jaguars and humans for example. They provided them with wild foods, to make sure the primates can adequately eat in the forest. Meanwhile, Els and her team observed the monkeys to see how they were doing and once the animals were ready, they did a final health check-up, got them some GPS collars, and set them free in a nearby release site. 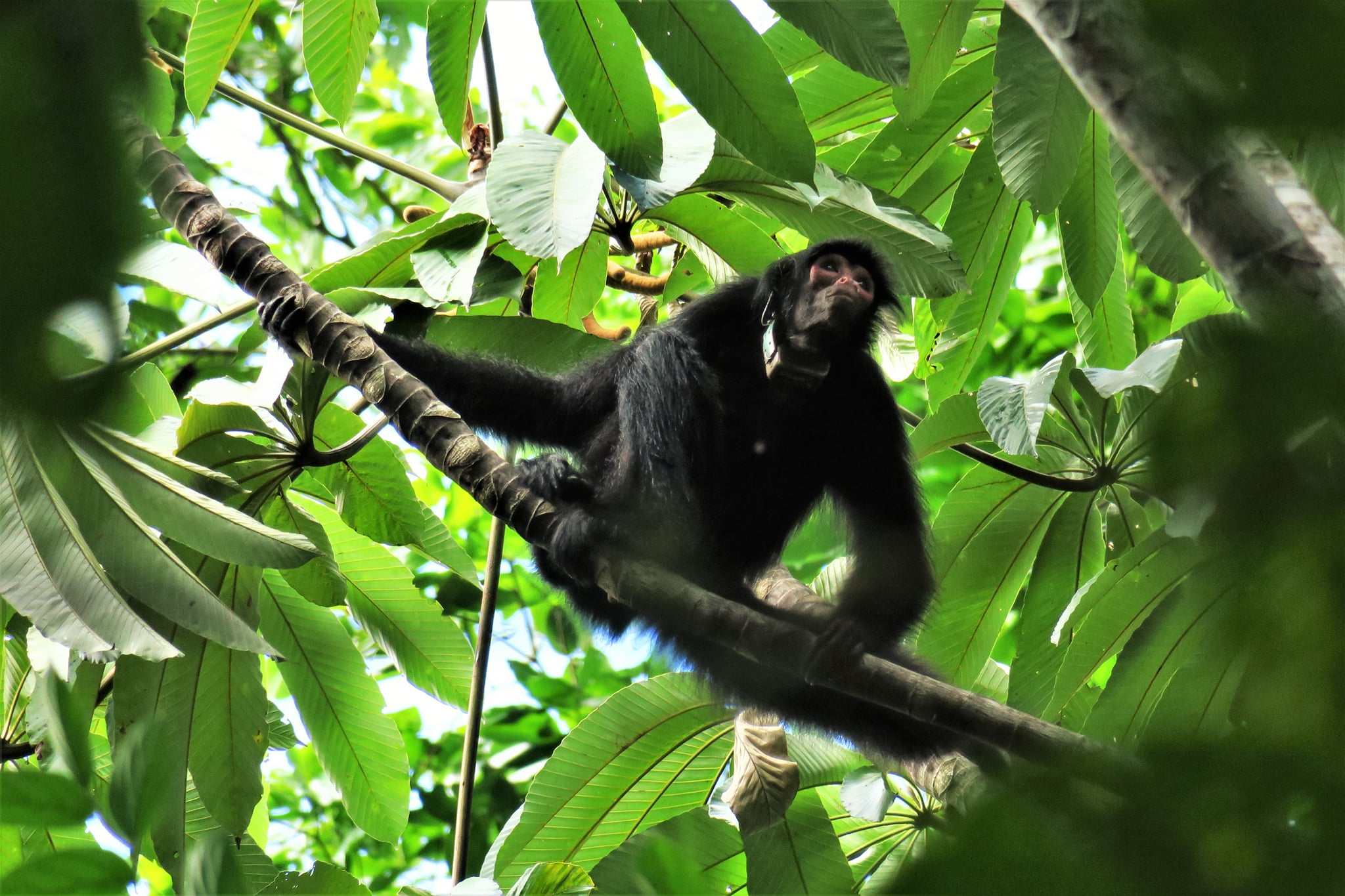 The Spider Monkey Reintroduction Project was initiated just before COVID-19 took over the world. Unfortunately, this made the project extremely challenging and sometimes it was even impossible to get to the field site to bring the team food. However, Els and her colleagues persevered.

After being set free, two monkeys left the release site very quickly, while the others stayed behind for a bit. Unfortunately, within a few weeks both individuals were found dead. One likely could not take good care of himself due to a foot injury. The remaining three females, Maca, Wijntje and Waggy were doing well and seemed to adapt well to life in the tropical forest. Waggy disappeared after a while and is believed to have joined a wild group of spider monkey is the area, based on the last recordings from her GPS and Els and her team think they might have seen Waggy in the forest earlier this year.

So then there were two, and fate struck. Due to the unexpected departure of the owner of the land where the spider monkeys were released, guards stopped patrolling the area and illegal logging in the spider monkeys’ new home quickly increased. Maca passed away, likely shot by loggers, but Wijntje survived. She is still going strong now and communicating with other spider monkey, so there is good hope she will join a wild group in the future!

Frank, one of the guards of the Fredberg area, who monitors illegal logging and other unwanted activities; and the newly constructed guard house (c) Spidermonkey Reintroduction Project

The Spider Monkey Reintroduction has had its ups and downs over the past few years. With a pandemic on top of the existing threats to the local biodiversity. Nonetheless, the project continued and has made a big impact besides the first rehabilitation and reintroduction of the Guinana black spider monkey. They were able to show that captive spider monkey can become independent from humans and adapt to live in the wild. The experience and knowledge gained during the project can help future releases to be more successful, as well as help inform the broader conservation community.

Additionally, Els and her team have increased awareness about the project, the importance of spider monkeys and their unsuitability as pets, on a local and national level. The project has also provided work for local people and has gotten a lot of backing from the communities. They were able to build a guard house and hire new guards to monitor any illegal activities going on in the area of the reintroduction project. So, to be continued!

Watch this nice summary about the Spider Monkey Reintroduction Project!