The EAGLE Network is Fighting Harder

Despite the covid-19 pandemic, the EAGLE Network, founded by Ofir Drori (Award winner 2011), fights even harder to put traffickers behind bars. The EAGLE Network is operating in nine countries with different organisation, which all implemented the LAGA model. In April the EAGLE teams managed to arrest 8 traffickers. Moreover, the EAGLE Network also published 144 media pieces about the link between illegal trading and COVID-19,  and 5 international media quoted EAGLE in their articles on the same topic.

An Arrest Close to The Gabon Border

In April the LAGA team in Cameroon managed to arrest 4 traffickers, who belong to a trafficking ring close to the Gabon border. These 4 traffickers were caught carrying a leopard skin. Furthermore, they were operating along the border areas between Cameroon, Gabon and Equatorial Guinea. Two of these traffickers were responsible for negotiating deals and the two others were professional drivers ensuring the trans-boundary trafficking was carried out expertly in the area. 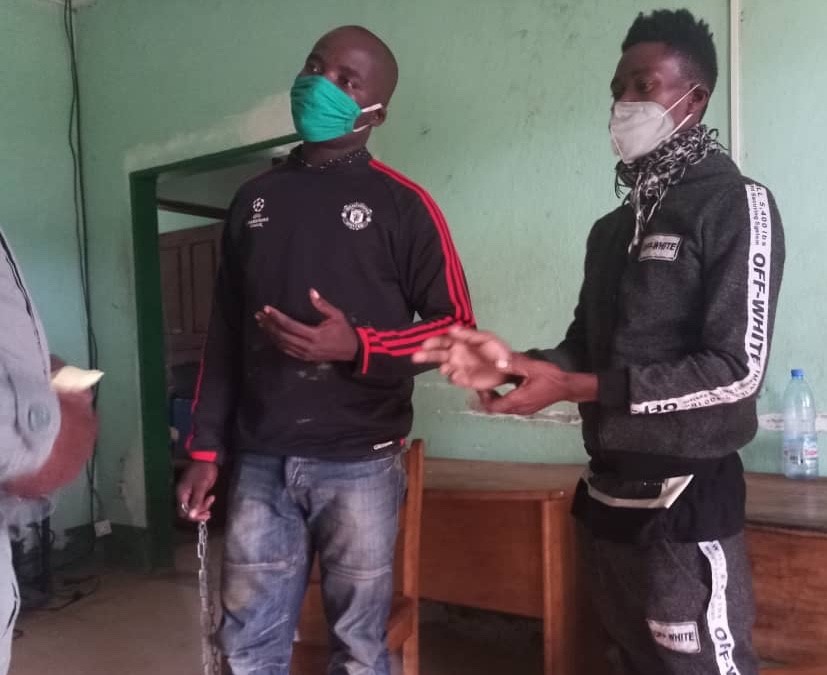 Arrest Of A Pangolin Trafficker

A pangolin scale trafficker was arrested with a total of 50 kg of pangolin scales in the East of Cameroon. Even though, there is a link between the COVID-19 pandemic and pangolins, the scale traffickers carry on the illegal trade. She was arrested several times before by the gendarmerie and released without any chargers brought against her. The trafficker activated a gang of several poachers who supplied her with the scales. She was hoping that her corrupt contacts at the gendarmerie would come to release her this time too, but this did not happen.

Two primate traffickers were arrested in the south of Cameroon with a young and wounded Mandrill. These two traffickers had been collaborating in wildlife trafficking for a long time. One of them is specialised in buying and searching for new clients.

Furthermore, another trafficker was arrested in the capital city of Cameroon with a young Mandrill too. He had been keeping the Mandrill for some time and he bought him in the South of Cameroon.

EAGLE Network and the Media

It is wonderful to see that even during a pandemic the EAGLE Network keeps on fighting to protect the wildlife with such great results!