They are Putting Nature First (and are Awarded for it)

Translation of the AD newspaper, original article written by Bob van Huët, published on the 3rd of May 2019

This afternoon they will be celebrated in Arnhem. Three talented nature conservationists will be receiving the Future For Nature Award in Burgers’ Zoo. An international jury was deeply impressed by two biologists and a bird conservationist.

Divya Karnad is a nature conservationist 3.0. Not only is she a determined fighter for nature, she is pragmatic too. The young Indian marine biologist (34) is receiving this prize, as she is successfully changing the rather one-sided menus from an increasing number of restaurants on the South Eastern coast of India. 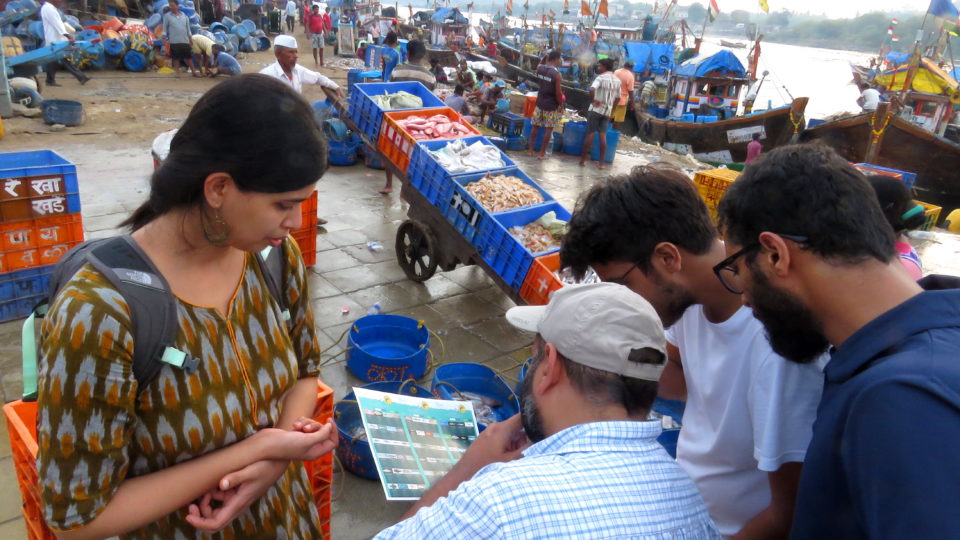 Anticipating on the nostalgic ambiance the nationalistic prime minister Modi has brought upon the country, Karnad is advocating for traditional, seasonal fish dishes. This ingenious plan is put in place to protect endangered shark species and turtles. Those animals are often bycatch of the big scaled mackarel and seabash fishing.

“I have conducted research for ten years amongst fishermen. These people ate a special kind of anchovy they were unable to sell. I ate it quite a lot during my research, delicious. Via social media, food bloggers and restaurants, we managed to get that fish species, and other season fish species on the menus. And it is working. However, now we need to compete with the ‘blue economy project’ from the government. This is a big impulse from the fishing industry which is sadly not sustainable.”

Karnad became a friend of fisherwomen. “Blaming them is not the solution to this problem. And it would not be right either, there are many factors at play in the threat these species are facing. I know that the fishermen on our coasts want their children to continue in their footsteps. They are just as interested in nature conservation as I am.”

When it was announced that she was the first Indian woman to receive this prestigious prize for conservationists, it gave a her a lot of media exposure in her country. This helps her when she tells her story. “Sometimes it is difficult to stay hopeful, because nature is in great peril. But we should not be sad about this, but inspire. Everyone is coming around to the same conclusion: we need to become sustainable. I notice that citizens no longer accept passively how only economic powers are controlling our society.” 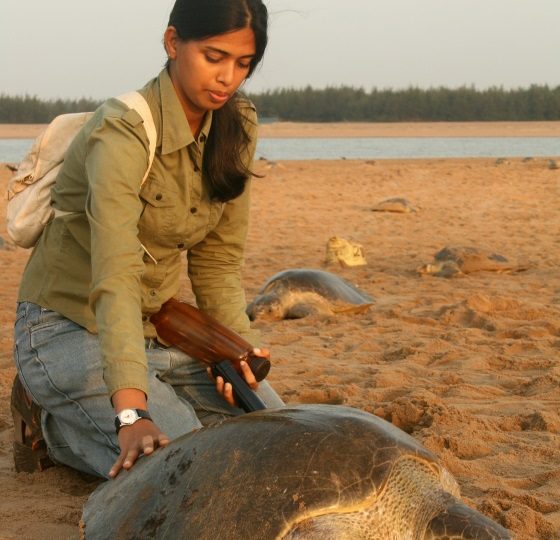 An Overpass in the Jungle

She has crossed thousands of kilometres over the last decade on the Brazilian road network. And yes, once, the very thing she is fighting against befell her. An owl hit the side window. Dead. If the window would have been open, she might not have lived to tell the story. 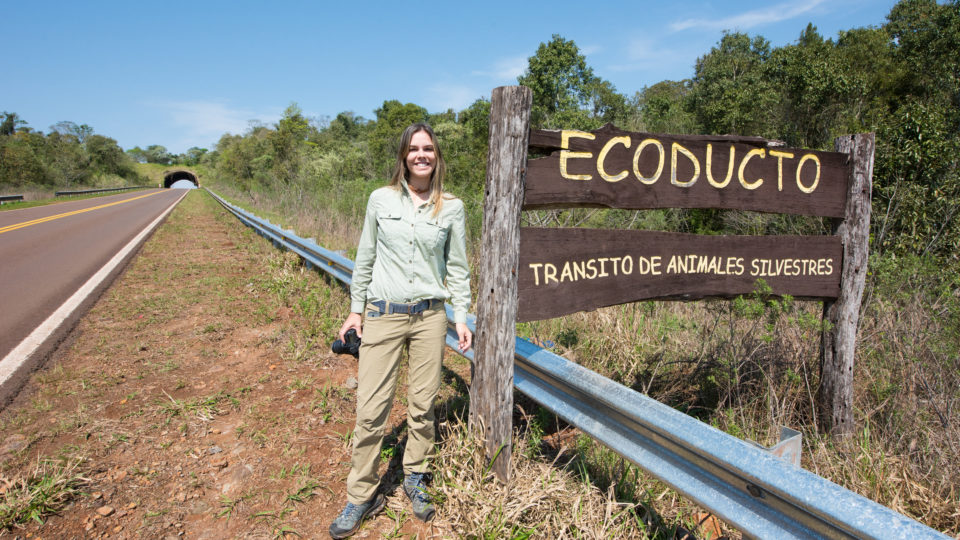 Biologist Fernanda Abra (32) is handed the Future For Nature Award, as she has been able to prevent many roadkill accidents with wildlife, such as maned wolves, pumas, tapirs, giant anteaters and ocelots. Just like thousands of other animals, which have not been stamped on the asphalt. The Brazilian road ecologist found her calling when she saw a shocking inventory of a toll road company in her state Sao Paulo. Between 2003 and 2013, 28.000 accidents were registered, in which both people and animals were involved. Recently, the Brazilian biologist estimated that in the Sao Paulo state alone, 38.000 medium-sized to big mammals are killed on the road every year.

She became an advocate of overpasses and underpasses. Nowadays, she is not alone anymore, but with four colleagues, Abra says. That is not a lot in a country with over 200 million inhabitants, the country with the third biggest road network, and the country with the most biodiversity hotspots in the world. What makes matters more complicated is that new Brazilian president Bolsonaro wants to cut down more forests to make room for agriculture, livestock, mining and hydropower projects.

“He is a military man and aims for economic growth, at the expense of remote nature reserves. This is a huge threat for big predators which travel over 50 kilometers every single day. No, things are looking bleak.”

Maybe strange at first, but helping her, are highway operators. The Brazilian law states that when accidents with animals occur, the damages on cars and people should be reimbursed by them. “It is in their own interest to work together with us, or they will pour money in a bottomless pit”. Winning the prize has given het a lot of attention in Brazil. Abra has already been invited for a meeting with the Minister of Environmental Affairs. “Doors have opened. Now I can give training to people from transport and environmental sectors. That is what this money will bring”. 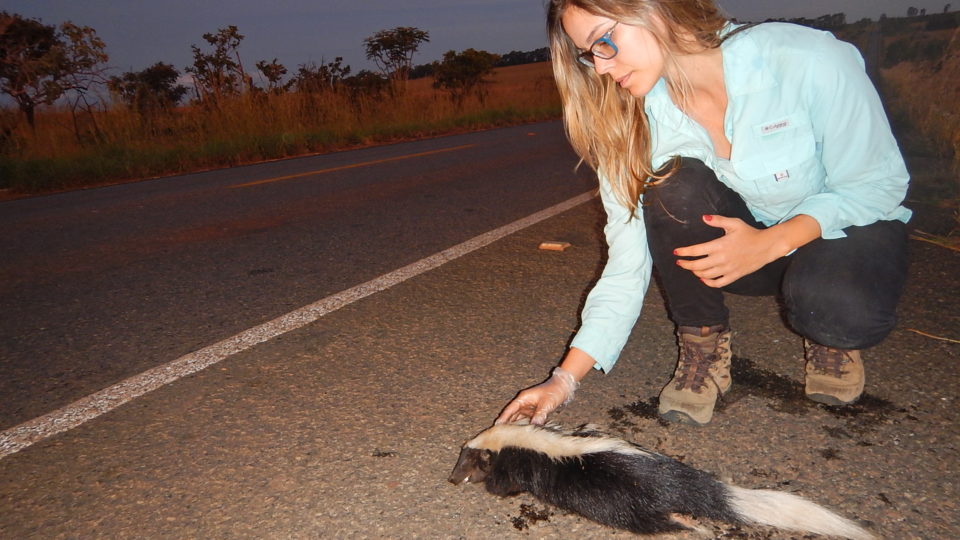 Everything for the Grey Crowned Crane

A passion for conservation can lead one’s career path to very special animals. The enthusiastic Rwandan Olivier Nsengimana (34) started out as a veterinarian at Gorilla Doctors, to protect the mountain gorilla, one of the most threatened animal species on earth. Since 2014 he is dedicated to the protection of a very different species: the endangered Grey Crowned Crane. He founded the Rwanda Wildlife Conservation Association (RWCA) to do this. With this organisation he managed not only to start a conservation project for Grey Crowned Cranes, but to expand his conservation work to other threatened animal species in Rwanda. 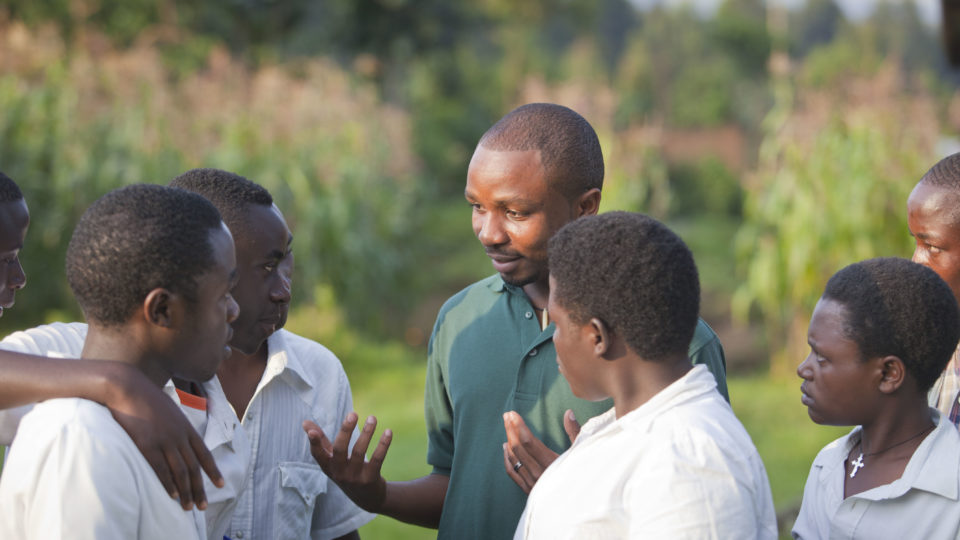 The Grey Crowned Crane has a complicated story. The animal is endangered to extinction, as adult birds are often poached. Their chicks end up in the pet trade. Their eggs are also illegally gathered for food. And with the rapid habitat destruction on top of that, the threat for this species is real.
Rwanda has a high population density, a high poverty rate and a lack of knowledge of wild animals amongst local communities. In the past five decades, the population of Grey Crowned Cranes has diminished with 80% in Rwanda. Olivier wants to reverse this trend and works from different angles to protect these wild animals and their natural habitat.

Together with his team, he registered all Grey Crowned Cranes that are in captivity in Rwanda, to be able to release them in the wild in Akagera National Park. Moreover, he fights the illegal trade by tackling it at its source. Local communities are involved in conservation projects and are taught about the benefits a healthy ecosystem can bring. With the financial support of Future For Nature, the capacity of the parc rangers can be expanded to the Rugezi wetlands and to the national network of Conservation Champions by long term training and mentorship programs.

Moreover, in the Akanyaru wetlands, a youth environment club will be founded. In this club, young people will learn more about nature, will take action together in their local communities and will be involved in tree planting projects.

The monitoring programme that tracks 150 grey crowned cranes in the Akagera National Park will be improved. This will in part be done with the use of GPS trackers, that will register important information with regard to the behaviour and habitat of the Grey Crowned Crane. 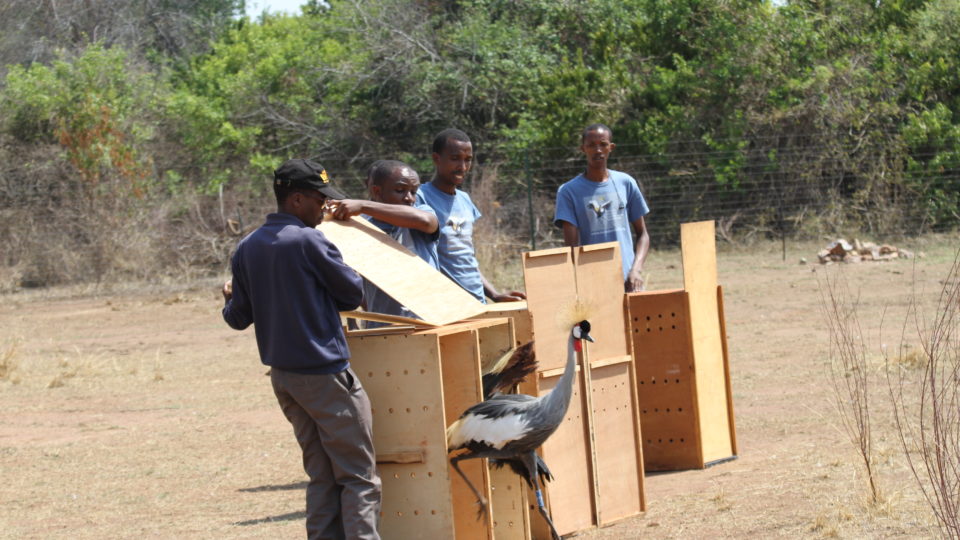 The internationally recognised nature conservation prize has been awarded in the past by icons such as Sir David Attenborough, Jane Goodall and Frans de Waal. Winners each receive €50.000.

all updates
Announcing the 2022 FFN Award Nominees
Spider monkeys back to freedom in the canopy
First Ever Reintroduction of the Asian Giant Tortoise in Bangladesh: a Model for Future Rewilding Efforts
Protecting the home of West Africa’s most endangered primates
Connecting citizens to conservation
Bringing Light to Remote Communities
The Connection Between Human Health and Snow Leopards
A Field Update From Nepal
Gentle Giants of the Past Could Help the Future
New species of puddle frog discovered
A Tapir in Your Backyard
The Effectiveness of Protected Areas
ANBI number: 8056.52.383 - © FFN 2022 - Future For Nature supports a new generation of conservationists
Privacy statement - Cookies

The nine nominees in the running for the FFN Award of 2022 have been announced!