What Trang has Learnt Working Across Continents as a Female Conservationist

One of our followers Livia van Oosterbosch asked us her burning question through our Facebook specifically to Trang Nguyen, FFN Award winner of 2018: You are working between two continents with vastly different cultures, but trying to achieve the same goal. Do you notice strong cultural differences or require different working methods when working in these different environments?

Illegal Wildlife Trade in Asia and Africa
The illegal wildlife trade and consumption is a growing global issue, impacting especially the biodiverse area of Southeast Asia and Africa. Although I started out my career as a primatologist studying behavioural ecology, I changed my focus to the illegal wildlife trade after realising the pervasive threat that it poses to wildlife everywhere in the world.

As a wildlife trade researcher, I have studied the illegal trade of elephant ivory in Cambodia, bear-bile farming in Vietnam and the use of protected wildlife products for traditional Asian medicine in South Africa. In Cambodia, we found the burgeoning ivory market that was growing rapidly driven by demand from China. In Vietnam, we found that demand for farmed bear bile has dropped dramatically in recent years, but consumers are willing to pay significantly more for wild bear bile. We also found that in Vietnam the trade in bear bile and other wildlife parts are facilitated by the largely unregulated online trade on social media such as Facebook. In South Africa, where I conducted the first in-depth research into the consumption of wild animal parts for Traditional Asian Medicine use, I found a previously unknown domestic demand from the Asian communities and the local African themselves. This places extreme pressure on local wildlife population and local wildlife enforcement agencies.

Myself and many of my female colleagues in both continents are often questioned about our ability and chosen career path. – Trang Nguyen

As opposed to studying animal behaviour – where I spent most of the time observing animals’ behaviour – researching the illegal wildlife trade and consumption means I spend most of my time trying to understand human behaviour. During these years, I realised there are a lot more similarities between the behaviours of people in Asia and Africa than differences. For example, as a young woman, I experience inequality in both cultures, especially in wildlife conservation which is mostly dominated by men. As a woman, your voice is not always listened to or heard (so you will have to shout!). Myself and many of my female colleagues in both continents are often questioned about our ability and chosen career path.

Prejudice Across Continents
There are also prejudice in both cultures. In Asia, people often assume that Africa is a poor and violent continent, this is partly due to the media which often highlight poverty and conflict. In Africa, people often think all Asians are Chinese and as a country, China is severely exploiting the natural resources.

I have experienced abuse from African wildlife activists who assumed that I am working against wildlife instead of for it. – Trang Nguyen

Especially in the recent years, many Asian people have been involved in high profile wildlife trafficking cases in Africa. As a Vietnamese person, this has made it very difficult to work in Africa on wildlife conservation. I have experienced abuse from African wildlife activists who assumed that I am working against wildlife instead of for it. I also have my motivation questioned for helping African law enforcement investigate my fellow Asians. 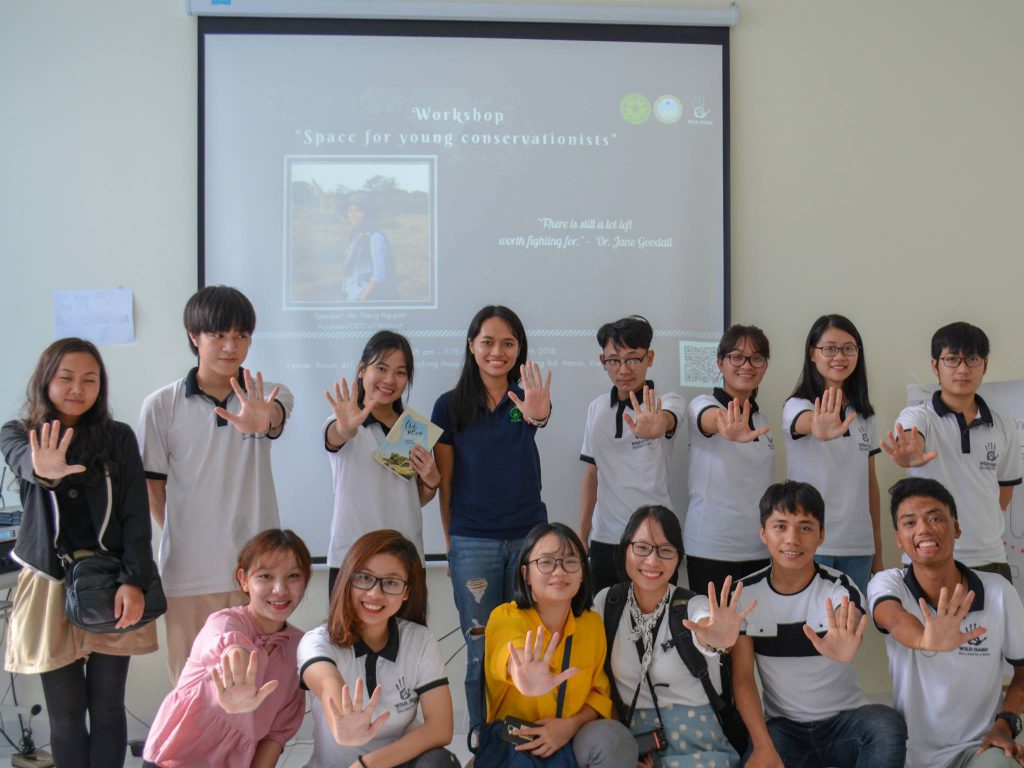 ‘What I Have Learnt’
Rather than requiring different method to work in these environments, what I have learn is that you need to put aside prejudices and work together to gain better understanding of the issue and create solutions to the problem that would be affective and long lasting. As history has shown, women can achieve greatness in conservation, you need to look no further than the lives of Jane Goodall, Dian Fossey and our Future for Nature’s Saba Douglas-Hamilton. For the future of nature conservation, it is important that women’s voices are heard and their actions are recognised.