Mohsen Rezaie-Atagholipour is an Iranian marine biologist who works hard to protect the marine species in a country with challenging political sanctions and an ongoing economic depression. He is committed to preserving the marine biodiversity, particularly ray and shark populations, in the Persian Gulf and reconnect people with nature.

Mohsen Rezaie-Atagholipour has been fascinated by marine life since he was a child. As he lived many miles away from the ocean, Mohsen immediately moved to the south coast of Iran to be closer to the water and pursue a degree in marine biology. Mohsen made efforts to safeguard marine reptiles along the Iranian waters for a decade, but after learning that Iran was one of the top global shark and ray fishing nations, he started a mission to turn the tide. During his career Mohsen was able to create a yardstick for ray conservation and found that each year at least 10 million rays (8000 tons) are caught by 500 Iranian trawlers. More than half of the ray species that he recorded from Iranian waters (16 of 29 species by the March 2021) are currently classified as threatened by the IUCN Red List. To combat the threats to sharks and rays in the Persian Gulf Mohsen founded the Qeshm Environmental Conservation Institute (QECI), an NGO working on scientific solutions, raising public awareness and taking direct actions for the conservation of marine wildlife in the Persian Gulf, with a focus on sharks and rays, sea turtles, sea snakes and small cetaceans. Together with his team, Mohsen developed the first ever shark and ray conservation programme in Iran under the umbrella of this NGO. Currently, Mohsen works on the adoption of bycatch excluder devices by local fisheries and training fishermen in how to safely and quickly release rays from bycatch.

Mohsen believes that people need to reconnect with nature in order to conserve species and aims to rekindle this connection by raising awareness on the ecological, economic and cultural values of biodiversity. Additionally, Mohsen mobilizes key stakeholders, such as governmental bodies and fisheries, and works with them to develop and apply science-based sustainable solutions to reduce shark and ray bycatch and increase their post-release survival. 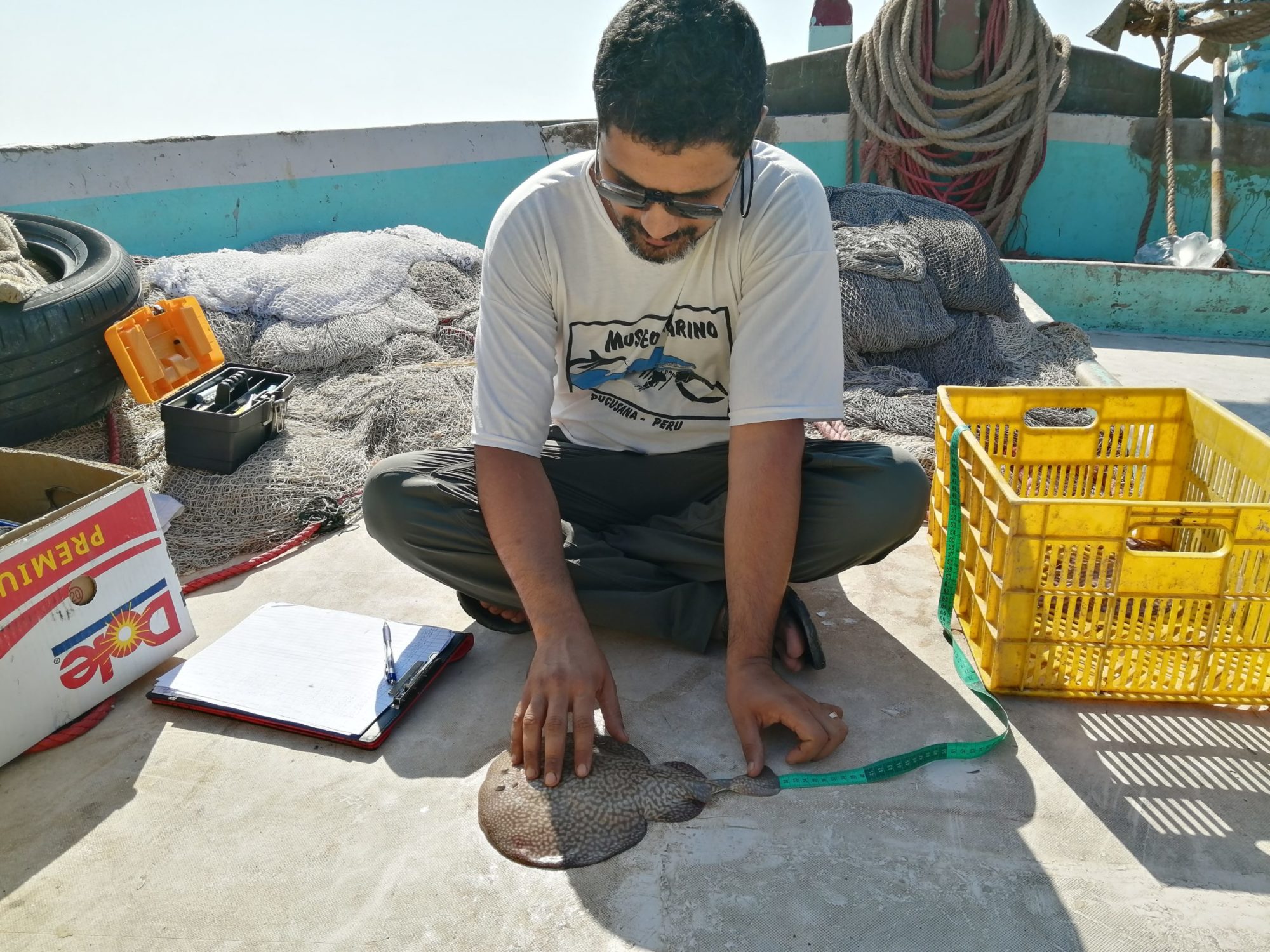 Impact of the Future for Nature Award

With the FFN Award prize money Mohsen will:

“Mohsen has designed a very clear, pragmatic and right-sized approach that will lead not only to immediate short-term benefits for rays and sharks, but which will also lay the foundation for changing people’s understanding and attitudes towards sustainable approaches in fisheries.”
Annette Lanjouw, International Selection Committee